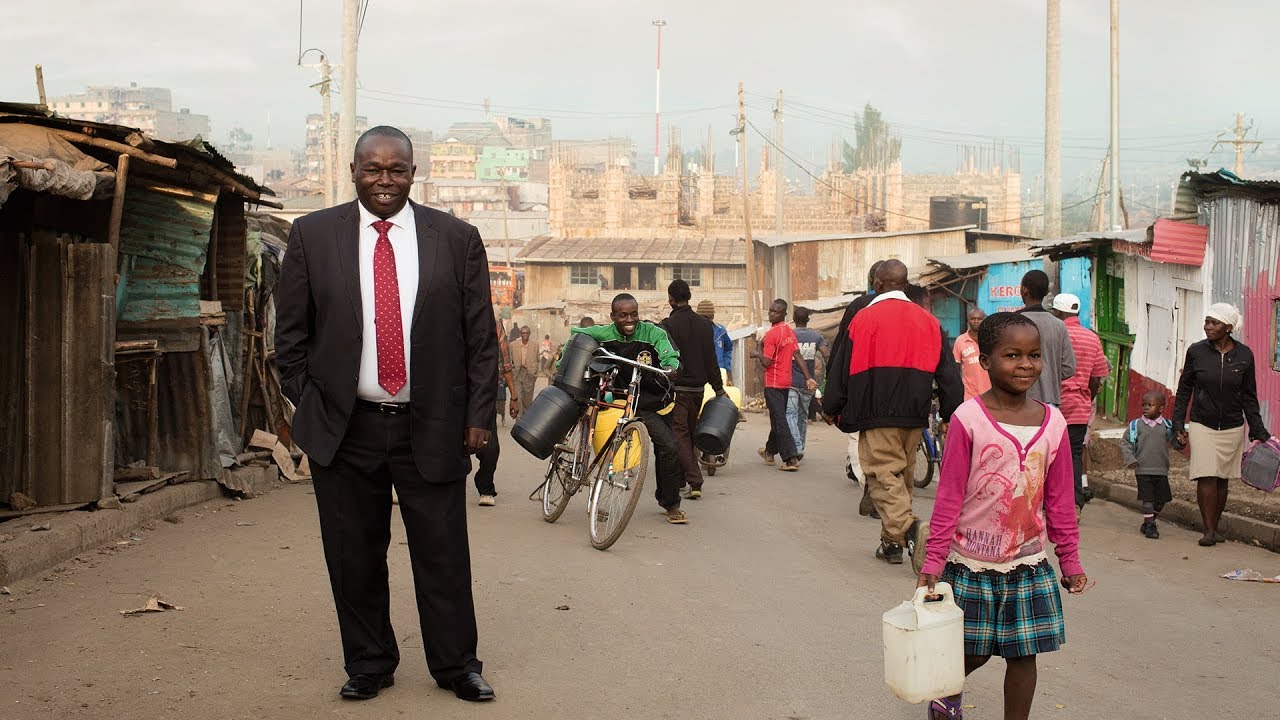 In Nairobi, Kenya, almost half of the residents have trouble getting fresh water. That is because they live in the large “informal settlements” in the capital city. The Nairobi City Water & Sewerage Company (Nairobi Water) lacks a proper setup for water service in these areas. Further, it has not had a viable set-up for operating public water kiosks, so Nairobi Water is looking for safe and sustainable solutions to these challenges.

For years, black market cartels have controlled water supply here. Vendors are known to tamper with water lines in other parts of the city, fill water tanks, and then sell that water in the slum areas for twice or up to many times higher than the official consumer tariff. In addition to the high cost, consumers can not trust the water quality.

Nairobi Water loses money on the non-revenue water. Even worse, the utility cannot live up to its service obligation to deliver reliable water for all of Nairobi.

“I used to suffer because of lack of water,” says James Mfoka, who lives and works in the large, informal settlement called Mathare. He runs a small business making busha, a staple food of dried, fermented millet. He uses hundreds of litres of water a day. He says he used to need to walk to another part of the slum a great distance away to collect water. “I would hire a push cart and go and collect water at a very high price,” he says.

Likewise, Mary Mbetee has a vegetable stand on one of Mathare’s dusty streets. She has also lived in the area for two decades. She had to walk several blocks to fetch overpriced water to wash the produce.

“I use almost 10 jerrycans a day,” she says from behind piles of fresh greens. A jerrycan holds 20 litres of water. “I had to spend two to 10 shillings per jerrycan.”

Nairobi Water has found success with one solution in Mathare: Grundfos AQtap “water ATMs.” Mary Mbetee, James Mfoka and other locals in this part of Mathare spend just half a shilling – 50 cents – to fill each jerrycan with water. They can also trust the water’s quality, because Nairobi Water delivers the water directly from its official sources. These residents have been first-users of Grundfos AQtap “water ATMs.”

These automated water vending machines supply water securely via a smart card-based payment system. Users load up “WaterCards” with credit, then use them to buy water via the ATM’s touch screen.

James Mfoka says, “Since this water ATM was installed here, I feel that a heavy burden has been lifted from my shoulders.”

Mary Mbetee says, “It has increased my profit. Instead of spending ten shillings, you spend fifty cents. It is very good. This is what makes my profit grow, and this water has been helpful. And I don’t get any stress even if I use a lot of it. It is still cheap.”

On the back end, Nairobi Water monitors each tapping point through a cloud-connected system. It can keep the price low and fixed with a small subsidy, offering consumers a reliable supply of safe water 24/7.

One of the major benefits for Nairobi Water is in the data collection. The water ATMs record every water transaction, including the user and the amount of water, says Phillip Gichuki, Managing Director of Nairobi Water.

“We are able now to keep data,” says Philip Gichuki. “We are able to know the water consumption in a family. That is very important when it comes to planning. How many times does a family come to fetch water? And therefore, this will assist us to plan for how many of these facilities do we need, how much water do we need to push to this area. It’s very important. I like the whole thing, because the data is at our fingertips.”

In addition to the data collection, the AQtap systems have proven to have a one-year payback time. They are actually earning money for Nairobi Water.

“It is very important that we are able as a utility to generate revenue where nobody thought we would be able to generate revenue,” says Philip Gichuki. “This is really something that has made us to feel really very good about this system. And more important, that now people are getting water legally and in a cheaper way than they were doing before.”

He says the Grundfos water ATMs will also help to wipe out water-borne diseases in Nairobi. And in the areas of Mathare that have now been using the water ATMs, they have changed the way people are looking at water.

“They are free. They have the independence now,” he says. “They have the freedom to fetch water in the way they want to do it. What struck me most is when I saw a small boy carrying a bottle going and fetching the water from the ATM, and going with that water to school. I was so impressed. It touched me. I’m very happy with that system. It shows. It is changing the life.”